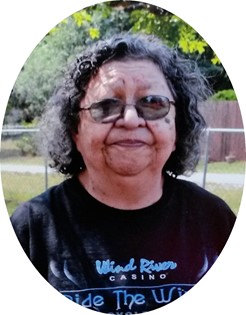 She was born December 16, 1937, in Ethete, WY daughter of Winfield and Victoria (Sitting Eagle) Wallowingbull. She attended St. Stephens Boarding School until the 8th grade.

September of 1962, Ursula married Floyd Sankey in Oklahoma. She spent her early years in Oklahoma with her late husband. After his passing in 1985, she moved back to Wyoming where she spent the rest of her days.

She worked as a CHR in Oklahoma for 4 years. She was a dedicated Broncos fan. She enjoyed being with her grandchildren and great grandchildren and family get-togethers such as cookouts and various other activities. Ursula was a member of the Episcopal Church.

Online condolences may be left at www.thedavisfuneralhome.com.