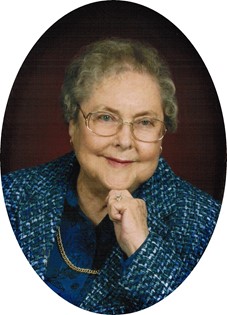 Funeral Services will be held at 11:00 a.m. Friday, February 14, 2014 at Davis Funeral Home in Riverton, Wy. Pastor Mark Rader from The United Methodist Church will officiate and Burial will follow the service at Mountain View Cemetery. Viewing will be held from 10:00 a.m. to 11:00 a.m. Friday morning at the funeral home.

Lois Jean Wagner was born near Coin, Iowa on her parent’s farm on October 16, 1922. Her parents were Bryan L. Annan and Grace Heller Annan. She was the 3rd child in a family of four. At the age of 12, she moved to Riverton, Wyoming, to a farm which had been homesteaded by her grandfather, William Lewis Annan, in 1906. She attended school in Pavillion and graduated in 1940 at the head of her class, valedictorian.

She married Edward Wagner on Sept. 7, 1940 and they farmed in the Midvale area for the next 42 years. They moved to Riverton after they retired. They celebrated their 50th wedding anniversary in the Methodist Church. When Edward’s health failed, they moved into a duplex unit at the Homestead development. They also had a winter home in Mesa, Arizona until they could no longer travel back and forth.

Edward died in 1996 after 56 years of marriage. Lois’ health failed and she moved into the Homestead assisted living in 2002 and then moved to Surprise Arizona in 2006. To this union, 8 children were born, Georgia, Dennis, Doug, Cheryl, Richard, Roger, Tim and George.

She is survived by her children Doug(Sharon) Wagner of Buffalo, WY, Cheryl(Tom)Tucek of Lewistown, MT, Richard Wagner of Golden, CO, Roger(Shirley) Wagner of Casper, WY, Tim(Cal)Wagner of Avondale, AZ, George(Rita) Wagner of Gilbert, AZ, Jim Soumas of Billings, MT and Bonnie Wagner of Peoria, AZ. 18 grandchildren, 23 great grandchildren, and 10 great, great, grandchildren with one on its way, and her brother Keith Annan of Thermopolis. She was preceded in death by her husband, Edward, both of her parents, her sister Geraldine (Vermillion), brother Bill Annan, her daughter Georgia Ann, son Dennis, and two grandchildren Barry Wagner and Genelle Tucek. Memorials in her honor can be made to Hospice of the Valley, 1510 E. Flower St., Phoenix, AZ 85014 or hov.org.