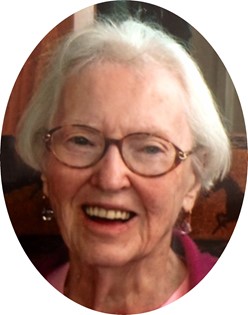 Guestbook 3
Margaret Eileen Boehler, 89, of Casper passed away peacefully on Monday, February 3, 2014, at Westward Heights Care Center in Lander. Margaret was born in Casper, Wyoming to John Lawrence and Leota Anora (Powers) Rooney on Sept 24, 1924. She graduated from Natrona County High School and attended the University of Wyoming and Clarke College in Dubuque, Iowa. She moved back to Casper where she met her husband Leo Boehler. The couple was married on September 11, 1948 and celebrated 63 years of marriage. The couple was blessed with a daughter and two sons. In Casper Margaret was actively involved at Saint Anthony’s Catholic Church and belonged to the Bishop’s Guild. The majority of her working career was spent as the Office Manager for the Casper office of the Wyoming Game and Fish Department. After retiring she was a docent at the Nicolaysen Art Museum. She is survived by her daughter Kathi McKee and husband Dean of Lander, Wyoming, her son Dan Boehler and his wife Kathy of Billings, Montana, and son Bob Boehler and Carol Wallace of Seattle Washington. She is also survived by her sister Lucille Pennock of Lander, Wyoming. Margaret leaves behind four grandchildren, Mike McKee and wife Jodi of Minneapolis, Minnesota, Michelle Nipko and husband Joseph of Austin, Texas, Kerry Mikolaj and husband Paul of Denver, Colorado, Tom Boehler and fiancé Christa Steiner of Denver, Colorado. She leaves behind four great grandchildren, Alec, Nicholas and Ben McKee of Minneapolis, Minnesota and Ellie Mikolaj of Denver Colorado. Margaret was preceded in death by her husband Leo Boehler and brother John T. Rooney. A Rosary will be held at Holy Rosary Catholic Church in Lander on Wednesday, February 12, 2014 at 4:00 p.m.; a viewing will precede the Rosary beginning at 3:00 pm. A funeral Mass will be celebrated at 11:00 a.m. on Thursday, February 13, 2014 at Holy Rosary Catholic Church in Lander. A viewing will precede Mass from 10:00 a.m. to 11:00 a.m. Memorials may be made to Saint Anthony’s Catholic Church of Casper, Nicolaysen Art Museum of Casper, or Abba’s House of Riverton, in care of Davis Funeral Home, 2203 West Main Street Riverton, WY 82501. On-line condolences for the family may be made at www.TheDavisFuneralhome.com. Services are under the direction of Davis Funeral Home.