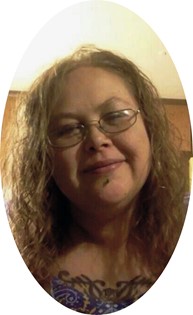 A carry in dinner will follow the services. Directions will be announced at the memorial service.

Hope Dawn Cavaness was born on December 14, 1978 in Fullerton, CA to Donald Howard and Dianne (Linkous) Cavaness. When she was three years old the family moved to Riverton, WY. She was raised and attended schools in Riverton, graduating with the class of 1997.

During her school years, she worked at many fast food restaurants in Riverton. After high school graduation, she moved to Gillette, WY where she worked in the coal mines as a parts delivery person. While there she obtained her CDL. She returned to Riverton two years ago. After coming back, she drove taxi for Gator Taxi. She was enrolled in Central Wyoming College where she was pursuing a degree in psychology.

Her family said that she enjoyed fishing, hunting, video games and taking care of others. She loved being around friends and mentoring teenagers.

She survived by her mother, Dianne Cavaness of Riverton; her sister, Danielle Kimberly Cavaness of Denver; and her nephew, Jesse Ray Cavaness.

She was preceded in death by her father, Donald H. “Catfish” Cavaness on December 19, 2012; and her grandparents, Phyllis and Howard Cavaness and Paul and Mickey Linkous.