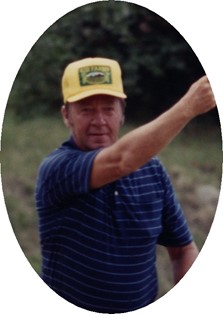 In 1954, he married Marilyn Winchell in King City, California. The couple later divorced.

He graduated from High School in King City, CA before enlisting in the United States Navy, where he served from 1950 until 1953 when he was Honorably Discharged. He immediately started working for a Micro Electronics company in California. He also worked as a police officer in Ventura, CA. Mr. Clausen owned the Electri-Center in Lander from 1971 until the 1980’s. He and his wife, Marilyn, also owned and operated the Radio Shack in Lander. He was the first to bring in CBs, pagers, and satellite dishes into Fremont County. He had a sound room in his business and was a well-known electronics innovator for Lander.

Don had a great gift and love for anything electronic and made his life’s work through electronics. His hobbies included Karaoke, horse shoe competitions and was a state champion in Class A. Don also served on the Wyoming State Softball Commission. He pitched his last game at the age of 62 and was inducted into the Wyoming Softball Hall of Fame that same year. He received numerous awards from the ASB for an increase in participation in all categories. He also enjoyed golfing every Thursday night. Don will always be remembered for his Halloween extravaganza on his street in Lander. Mr. Clausen was an accomplished Big Band drummer, passing his musical talents on to his children. His family said that Don also loved his membership of his Early Morning Coffee Group.

Mr. Clausen served as the director for the Lander Chamber of Commerce, the General Manager of Programs for the City Parks and Rec, the President of the Winter Fair and was instrumental in building the Winter Fair Livestock Building and was also a board member for Lander Valley School District #1. Don was a lifetime member of Lander VFW Post #954. In 2000, he won the State Historical Society Award in Videography his production of the history of Lander. In 2001, Don flew over the Wind River Mountain range with Larry Hastings and made a DVD that was internationally distributed by the NOLS.

Mr. Clausen has resided in Wyoming since 1970.

Memorial contributions would be appreciated to the American Parkinson Disease Association or the Michael J. Fox Foundation in care of the Davis Funeral Home, 2203 W. Main Street, Riverton, WY 82501.