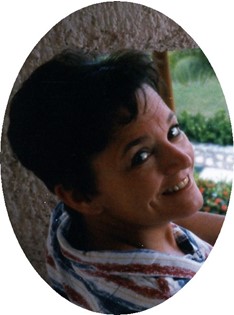 Guestbook 39
Tamra Ward, 54 of Riverton, died at her home surround by her family on February 19, 2014.. A memorial service will be held on Saturday, March 1, 2014 at 11:00 am at the Trinity Lutheran Church. Pastor David Magruder will officiate.

Tamra Irene McMillan was born on November 2, 1959 in Riverton, WY to Neil “Mac” and Shirley Jean (Ahlbrandt) McMillan. She spent her life in Riverton. She graduated from Riverton High School with the class of 1977.

On May 6, 1978 she married her sole mate and best friend, Doyle Ray Ward. Together they raised three children, Tristan, Brandon, and Preston.

She worked as the Executive Director of Wyoming Senior Citizen, Inc for twenty-four years. She had a passion and love to help seniors.

Her family said that she enjoyed golfing, reading, quilting, cooking, camping, and going to Mexico. She especially loved spending time with her children and grandchildren.

She is survived by her husband of 35 years, Doyle Ward of Riverton; her daughter, Tristan and her husband Ryan Sheets of Casper; her sons, Brandon and his wife Megan of Riverton, and Preston Ward of Salt Lake City, UT; her grandchildren, Gracilynn, Colten, Gabrielle, Elakay, and George; her father, Neil “Mac” McMillan of Las Vegas, NV; her mother, Shirley McMillan of Riverton; her sister, Nicol Skiles of Omaha, NE; and numerous aunts, uncles, cousins, nieces and nephews.

She was preceded in death by her grandparents, Harry and Gertrude McMillan and Eugene and Helen Ahlbrandt.

Memorials may be made to Trinity Lutheran School or the donor’s choice in care of Davis Funeral Home, 2203 West Main Street, Riverton, WY 82501.