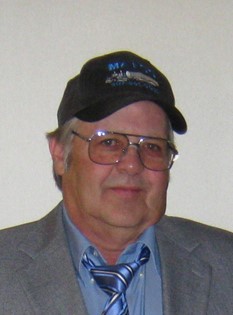 His family said the Max was self-employed most of his life.

Max was an avid fisherman. He and his wife would spend hours on the water waiting for the perfect catch. When he wasn’t fishing or working he enjoyed spending time with his children and grand children. He will be greatly missed by his family and dear friends.

He is survived by his wife, Marina of the family home; his brother, Sam Ecker of Riverton; his children, Max Ecker and his wife, Yvonne of Riverton and K’Lynn and her husband, Chris Sinner of Scottsbluff, NE and Svetlana Carter of Las Vegas and his grandchildren, Sklyer, Damieon, Drake, Mia, Ayva, Braxden, Abby, and Roman.

He was preceded in death by his parents, Gladys and Harold Ecker.

Memorials may be made to St. Jude’s Children Hospital in care of Davis Funeral Home, 2203 West Main Street, Riverton, WY 82501.