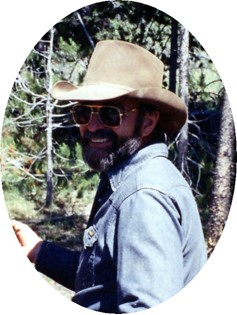 Guestbook 22
Thomas Coffey, 67, of Riverton died in Salt Lake City, UT on Wednesday, February 26, 2014. As were his wishes no services will be held.

Thomas Wayne Coffey was born on April 1, 1946 in Liberal, KS to Harold Franklin and Alice Alene (McKinnis) Coffey. He grew up in Liberal and graduated from Liberal High School with the class of 1965.

He worked in the coalmines for 28 years. He then moved to Pavillion and worked for BTI for a year and then decided to go to North Dakota where he worked for four years. He had just gone back to work for BTI.

His family said that he was a Back Country Horseman for over 15 years. He loved horses, mules, and his dogs. He was also an avid hunter and fisherman. The family said he had a lot of friends and always had a smile on his face.

He is survived by his wife Sharon “Sher” of the family home; his step daughter, Carly Erickson and her husband Tim of Alaska; his step sons, Scott Reynolds and Russ Reynolds and his wife, Jackie; his sister, Leola Seabolt of Liberal, KS; a niece and five grandchildren.

He was preceded in death by his parents, Harold and Alice Coffey.