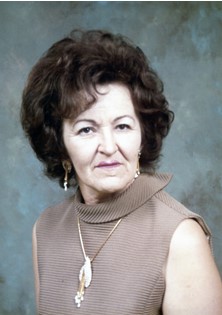 Guestbook 0
Helen Dobson 91, of Riverton, died at the Thermopolis Rehabilitation and Care Center on Sunday, March 2, 2014. As were her wishes, no services will be held.

Helen Anita Schellsmidt was born on July 24, 1921 in Denver, CO to Robert and Mae Estelle (Windsor) Schellsmidt. She was one of four children. She had a brother, Frank and two sisters, Mable and Edna. She was raised in Billings, MT.

Helen was a member of the Church of Latter Day Saints.

She worked with Worland Cleaners until she moved to MT. She opened her own Laundromat business in Missoula and then in Bozeman. She lived in Bozeman before moving to Riverton.

She was involved in the Eagles Club in Bozeman.

She was preceded in death her parents, Robert and Mae Schellsmidt; her first husband, Oscar Leon Floyd; her second husband, Robert Dobson; and her brother Frank and sisters, Mable and Edna.