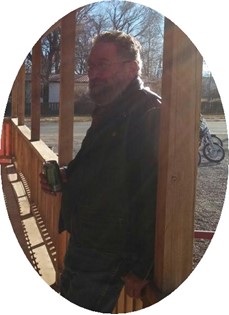 Guestbook 11
James “Cherri” Cherrington, 62 of Riverton died at Riverton Memorial Hospital on Friday, March 7, 2014. A memorial service with a memorial ride will be held this June 2014 at Wind River Canyon.

James John Cherrington was born in Denver, CO on July 3, 1951 to Charles and Dolores (Adams) Cherrington. He grew up in Denver, CO graduating from North High School in 1969. He was drafted into the Navy and served in the Vietnam War. After being honorably discharged, he returned to Denver.

His family said he was very outgoing and caring. He would do anything for those who did things right. He enjoyed motorcycles and guns, especially his 1998 Harley FXR Wide Glide 95th Anniversary Edition.

He was preceded in death by his step-dad, Thomas Phelan.

Memorials may be made to the Disabled American Veterans in care of the Davis Funeral Home, 2203 W. Main Street, Riverton, WY 82501.