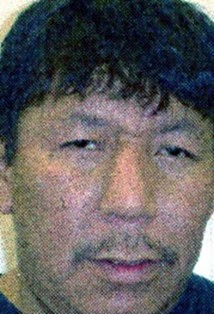 Guestbook 1
Richard LongSoldier, 42 of Riverton, died on Friday, March 7, 2014. A rosary will be held on Thursday, March 12, 2014 at 7:00 pm at St. Stephen’s Catholic Church with a wake to follow at 97 Little Shield Road. A funeral mass will be held on Friday, March 14, 2014 at 10:00 am at St. Stephen’s Catholic Church with Father Phil Wagner officiating. Burial will follow at the Araphao Catholic Cemetery.

Richard David LongSoldier was born on June 10, 1971 in Riverton, WY to Aloysious Anthony LongSoldier and Martina Rose Little. He graduated from St. Stephen’s Indian High School where he participated in basketball and wrestling.

He lived in the Riverton area all but four years that he spent in the state of Washington. While in Washington he worked as a fire fighter for the Yakama Forestry Service. When he moved back to Riverton, he worked at 789 Casino as a security guard. He also worked construction as a renovator, remodeling houses. This was more of an enjoyment in his life than a job. His family said he was always happy fixing and repairing homes.

His family said that he enjoyed watching movies, going to BBQ’s, and always being around family. They said that he was always there for support when they needed him. His daughter, Philiana LongSoldier, was a special joy to him and she loved him very much.

He is preceded in death by his parents, Martina Little and Aloysious LongSolider; and his grandparents, Richard and Anna Brown, Clarence and Maybull LongSoldier.