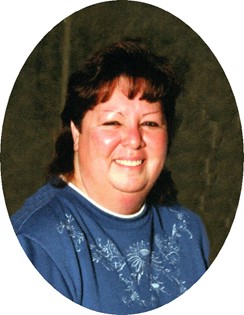 Guestbook 8
Debra “Debbie” Wilkinson, 56 of Riverton died on Wednesday, March 5, 2014 at the University of Utah Medical Center in Salt Lake City, UT. A memorial service will be held on Saturday, March 15, 2014 at 2:00 pm at Davis Funeral Home. Pastor Dale Adams will officiate.

Debbie suffered from the disease, Scleroderma, which contributed to her passing. She asked that her body be donated to science in order to help find a cure so that others did not suffer as she did.

Debra Lynn Martinez was born on July 20, 1957 in Riverton, WY to Arthur Edward and Angela Martinez. She attended schools in Riverton and graduated with the class of 1974 from Riverton High School. She lived in Denver, CO for five years before returning to Riverton. She received her Associates Degree in Accounting from Central Wyoming College. She had recently taken courses and passed courses to be a Certified Medical Coder.

She was a member of the Lighthouse Bible Church.

On April 9, 1988 she married Leon Earl Wilkinson in Riverton, WY.

She worked for numerous companies in Riverton and Denver as a data entry clerk. She worked for Doug Stanbury as his bookkeeper before she went to the Wind River Clinic as a medical coder; she was there until her health prevented her from working full time.

Her family said that she enjoyed cross-stitching, quilting, cooking ( she was always trying new recipes) and reading all types of books. She loved spending time with her nephews and nieces.

She was a member of the Wyoming Star Quilt Guild for over 10 years.

She was preceded in death by her mother, Angela Martinez and numerous aunts and uncles.

Memorial donations may be made to Lighthouse Bible Church in care of Davis Funeral Home, 2203 West Main Street, Riverton, WY 82501.