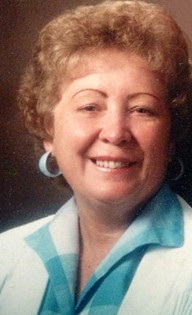 Guestbook 7
Marla Thuringer, 73 of Riverton died peacefully on March 10, 2014 after a brief stay at Kindred Nursing and Rehabilitation-Wind River. A funeral service is scheduled for Friday, March 14, 2014 at 10:00 at Davis Funeral Home. Pastor Scott Jorgenson will be officiating. Burial will follow at Mountain View Cemetery.

Marla D. Hedglin was born November 19, 1940 in San Diego, CA to Bert and Beula (Coker) Hedlgin. As a child, she moved around the state of Wyoming with her family, as her father was a construction worker. She loved her home state of Wyoming.

Her family said she was a loving wife, mother, and grandmother who was also a beautiful seamstress, an avid reader, active gardener and above all else loved and devoted herself to her family.

She was preceded in death by her parents, one sister, two brothers, and one grandson.