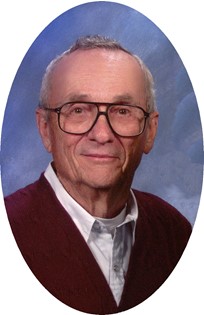 Son of Rudolph and Glenna (Lentz) Himes. When he was young the family moved from Missouri to a ranch west of Fort Collins, Co. At the age of 17, Rolan enlisted in the Army Air Corp and worked as a cargo chief during the Berlin Air Lift. He was stationed at Wiesbaden Air Base and was part of the planning and ground breaking crew of Ramstein Air Force Base in Germany. Also while in Germany he helped the German foresters hunt wild boar along the Rhine River. Upon returning to the states, he met Eloise Anna Flater, and 6 weeks later they were married on February 17, 1952.

By the time Rolan was discharged in 1956 at Lowry Air Force Base in Denver, Co., the Army Air Corp had become the U.S. Air Force. The family moved to the Fort Collins area, when Rolan worked at Carl Fowler Rambler Sales and Verd-A- Ray Lighting as a salesman. After retirement, Rolan and Eloise traveled the U.S.in a 5th wheel trailer. These were some his happiest times. His hobbies were hunting, camping fishing and woodworking.

He is survived by two sons – Rolan and wife Marcia of Riverton, Wy, Eric and wife Pam of Arvada, Colorado, 4 grandchildren Melissa Hyde and husband Pat of Casper, Wy, Ryan Himes and wife Denise of Little Rock, Ar, Sarah Cameron and husband Mike of Lakewood, Co and Justin Himes of Thornton, Co; and 5 great-grandchildren, Kayla Hyde of Laramie, Wy, Jordan Hyde of Casper, Wy Nathanael Himes and Rebekah Himes of Little Rock, AR and Lillian Cameron of Lakewood, Co. He is preceded in death by his parents, sister Glenna Lee Himes and by his true love, Eloise Himes.

In lieu of flowers a donation to the Riverton Christian Church Scholarship Fund may be made.