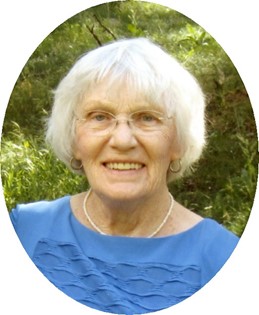 Carolyn Marie Johnston was born on November 4, 1934 in Pittsburgh, PA to Lloyd and Joann (Sager) Johnston. She was one of five children. She attended schools in Pittsburgh, PA and graduated from West View High School with the class of 1952.

Her working career was spent in the health care industry. In her later years she worked as a librarian in Pittsburgh and then volunteered at the Riverton Library.

Her family said that she was very adventurous, loved life to the fullest, loved to travel and meet new friends, especially after retiring. She traveled to Florida, England, and Las Vegas. At age 69 she went sky diving and had plans to do it again when she turned 80. Keeping up with her adventurous side, she went to Sturgis, SD for the big bike rally on the back of a Harley and enjoyed every minute. Along with all of the adventures she still took time out to knit “chemo caps” for different charitable church organizations. This held a special place in her heart as she was a 14 year breast cancer survivor.

She was preceded in death by her parents, her sister, Jean, and her son, Rob.

Memorials may be made to Unity Church Centre of Ohio in care of Davis Funeral Home, 2203 West Main Street, Riverton, WY 82501.