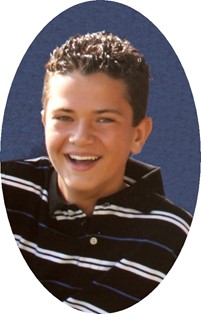 Guestbook 34
Reed T. Paulsen, 21, of Riverton, died on Sunday, March 30, 2014. A visitation of family and friends will be held on Thursday, April 3, 2014, at Davis Funeral Home from 5:00 pm to 7:00 pm. A candlelight ceremony will follow the visitation at Sunset Park. A funeral service will be held on Friday, April 4, 2014, at 10:00 am at the Fremont Center located at the Fairgrounds. Rev. Ray Price will officiate. Burial will follow at Mountain View Cemetery.

Reed Thomas Paulsen was born January 4, 1993 in Riverton, WY to Thomas Lyle and Cynthia Sue (Olson) Paulsen. He was a lifelong resident of Riverton. He attended schools in Riverton, earning his GED.

He worked at Riverton Pizza Hut as a cook and waiter, having worked for previously for Safeway as their Deli Manger. Recently he was in the process of completing all the test and paper work to work at Great Lakes Aviation.

His family said that he enjoyed socializing, hanging out with friends, liked to travel, shop, cook, and golf. He was a good friend, a good listener, genuinely cared about other people, loved animals, especially dogs, and he loved his family.

He was preceded in death by his grandmother, Patricia “Patty” Ann Olson and his aunt, Peggy Paulsen.

Memorials may be made to the PAWS for life animal shelter or CWC Foundation GED Program In Memory of Reed Paulsen in care of Davis Funeral Home, 2203 West Main Street, Riverton, WY 82501,