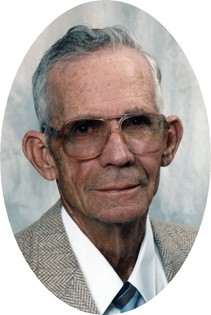 Jonathon Mickey Walker was born in Lewellen, Nebraska on April 12, 1926, the son of Jonathan Siebert and Mary Hester (McKune) Walker. He graduated from Ogallala, Nebraska High School with the class of 1943. He married Myra Vivian Steffen in Paxton Nebraska on May 18, 1947. They had three children Beth, Mark and Jon.

In the early years he raised Santa Gertrudis cattle in Nebraska until moving to Riverton in 1962. He worked for Gilpatrick Construction Company from 1962 until he retired in 1996. In 1997 the Walker’s bought a ranch west of Riverton where they raised sheep. His loving wife Vivian passed away in 2010.

He was a lifetime member of the Elks. He enjoyed spending time with family and ranching.

He is survived by daughter Beth of Pavillion; sons Mark of Denver, CO and Jon and wife Laura Walker and their daughter Jamie of Riverton; sisters, Linda and husband Tom Smith of New Underwood, SD and Gayle and husband Wendell Smith of Kerrville, TX; and brother Larry Walker of Rapid City, SD.

He was preceded in death by his wife Vivian, parents Jonathon and Hester Walker; and brothers Glenn and Joe. In lieu of flowers, memorials may be made to Help for Health Hospice or donor’s choice in care of Davis Funeral Home, 2203 West Main Street, Riverton, WY 82501. On-line obituaries are available and condolences for the family may be made at www.thedavisfuneralhome.com.