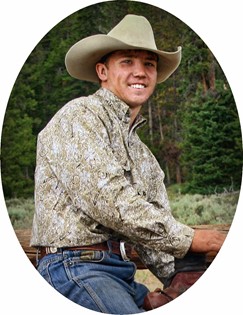 Shane Francis Grove was born on May 30, 1989 in Jackson, WY to Jeffrey Allen and Corinna Marie (Blowers) Grove. He was raised in Dubois and graduated from Dubois High School. He then attended Sheridan College before going to the University of Wyoming were he earned his Bachelors Degree in Rand Land Management.

He was working for the USDA Forest Service as a Wild Land Fire Fighter at the time of his death.

As he grew up and while he was attending school, Shane was active in Boy Scouts. Throughout high school, he worked in various different jobs that included wrangling at a local dude ranch, construction, farming, and ranching. After high school, Shane’s passion turned to fire fighting with the fire crew of the Forest Service in Dubois and in Saratoga. He also did an internship in Rangeland Management at the Bar Double L Beef ranch in Glenrock, WY where he quickly had a crash course in rattlesnakes 101.

He is survived by his parents, Jeff and Kathy Grove and Corinna and Rustin Harper; his grandparents, Terry and Lori Blowers; his grandmother, Eileen Grove; his brothers, Brandon Lee Grove and Zebulan Oliver Harper; and his sister, Stephanie Baer.

He was preceded in death by his grandfather, Robert A. Grove.