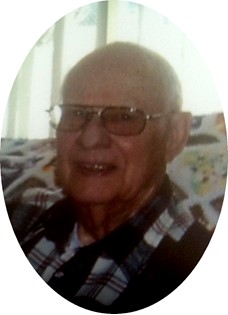 Guestbook 4
Tom “Bark” Barkley House, 93, of Riverton, died on Sunday, April 6, 2014 at Wind River Kindred Nursing and Rehabilitation Center. As were his wishes, no services will be held.

Tom Barkley House was born on April 23, 1921 in Oklahoma City, OK to Tom Latham and Belma Ona (Bosserman) House. When he was a young child, the family moved to Midwest where he grew up and graduated school. On September 21, 1942 he joined the U.S. Army and served in World War II. He was honorably discharged on January 27, 1946. He lived in Denver for a short time before moving to Riverton where he lived for over 71 years.

On March 3, 1942, he married Ruth Maxine Thompson in Casper, WY. Together they raised three children. They were married for 71 years before Ruth passed in January of 2014.

He was the owner and operator of the Ben Franklin Store in Riverton for over 28 years, until it was sold. He then went to work for Ormsbe Drilling and to Hartman’s Sporting Goods until he retired.

He belonged to the B.P.O.E. Elks and was the Vice President of the Wyoming Retail Merchants Association.

His family said that he enjoyed gardening, always puttering in the yard, fishing, hunting, golfing, and anything involving working with numbers.

He was preceded in death by his wife Ruth House; his parents, Tom and Belma House; his brother, Wade House; his daughter-in-law, Carolyn Jean House; and his son-in-law, Patrick Nyal Curtin.

Memorials may be made to Amedisys Hospice in care of Davis Funeral Home, 2203 West Main Street, Riverton, WY 82501.