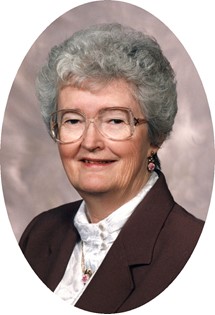 Guestbook 11
Dorothy Mathern, 86, of Riverton, died at the Wind River Kindred Healthcare and Rehabilitation Center on Monday, April 7, 2014. A viewing will be held on Friday, April 11, 2014, from 5:00 pm to 7:00 pm at Davis Funeral Home. A rosary will be held following the viewing. A funeral mass will be held on Saturday, April 12, 2014, at St. Margaret’s Catholic Church at 1:00 pm with burial at Mountain View Cemetery to follow.

Dorothy Emma Marie Worf was born on February 14, 1928 in Big Timber, MT to Charles and Florence (Duell) Worf. She was one of four children, two boys and two girls. She graduated high school and then attended college in Bozeman, earning her associates degree in business.

On January 23, 1953 she married Pius Cecilius Mathern in Billings, MT. Together they raised four children, Kenneth, Shirley, Robert, and Penny. She was a stay at home mother and housewife. They lived in Billings, MT, Powell, WY, Cody, WY and finally in Riverton, WY where she lived the rest of her life.

While raising her children, she worked as a cook for the school lunch program. This was an ideal job because she would be off the same days as her children and was always home when school got out for the day.

Her family said that she loved camping, traveling, was an amazing cook, and was an excellent seamstress; making her 2 daughters clothing for family vacations in the summer. She loved being with her family and all of her grandchildren and great grandchildren.

She was preceded in death by her parents, Charles and Florence Worf; brothers, Laurel and Bill Worf; her sister, Doreen Mathern, and numerous brother-in-laws and sister-in-laws.