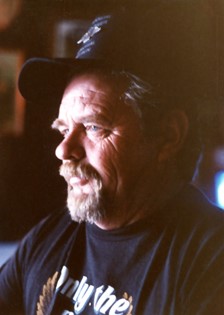 Earl B. Reinert was born on August 16, 1936 in Craig, NE to Eldred Earl and Blanche Cleo (Freeman) Reinert. He was raised in Tekamah, NE. He lived in Simi Valley, CA and Billings, MT before moving to Shoshoni were he had lived the last 35 years.

He made his living driving truck and saw the country and enjoyed every minute of it.

His family said that he enjoyed 4-Wheeling, hunting and fishing.

He was preceded in death by his parents, Eldred and Blanche Reinert; and his brothers, Dwane Reinert, Glen Reinert, and Kenneth Reinert.

Memorials may be made to the Shoshoni Senior Center in lieu of flowers, in care of Davis Funeral Home, 2203 West Main Street, Riverton, WY 82501.