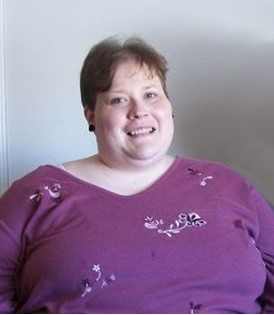 Guestbook 5
ReGina Barton, 28, of Laramie went to be with her Lord and Savior on Saturday, May 3, 2014. A viewing will be held on Thursday, April 8, 2014, at 1:00 pm at Davis Funeral Home. Graveside services will follow at Mountain View Cemetery.

Regina Marie Barton was born on June 19, 1985 in Fresno, CA to Gary Robert and Regina Denise (Anderson) Barton. She spent her early school years in Hanford, CA attending Western Christian Elementary and Lemoore High School. She then moved to Riverton, WY and graduated high school from Wind River High School. She received her Associates Degree from Central Wyoming College before moving to Laramie, WY to pursue her Bachelors Degree, which she was working on at the time of her death.

She was a member of the Youth Group with the Fellowship of Christian Athletes.

She was also involved with FFA, Wyoming Youth Leadership Forum, Speech and Debate, and College Choir.

Her family said that she hosted her own radio show and was very active in radio networking which was a passion of hers. She loved animals, was an avid 49ers fan, an avid Indy Car Fan, her favorite band was Nickelback and her favorite country music artist was Mark Chestnutt.

Her family said that after her passing, they have realized how many lives she touched and how much love she was surrounded by with friends and relationships that she formed over the years. The family is truly amazed and thankful for the outpouring of support.

She was preceded in death by her grandfather, Richard Anderson and her grandmother, Betty Anderson.

Memorials may be made to Spina Bifida Association of America in care of Davis Funeral Home 2203 West Main Street, Riverton, WY 82501.