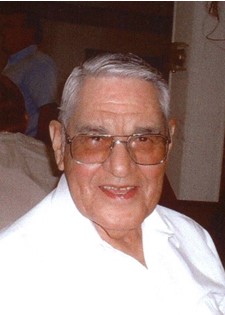 Guestbook 3
Benito "Ben" Rodarte, 85, died Wednesday morning, Jan. 23, 2008 at his home in Riverton. At this time there are no services. Cremation will take place at the Davis Crematory in Riverton. Inurnment will take place in the spring of 2008 at Mountain View Cemetery. Benito Rodarte was born May 19, 1922, in Mora, N.M. to Valintine and Leona (Guana) Rodarte. He served with the U.S. Army Air Corps and the Wyoming National Guard. He was a Military Policeman with the 887th Military Police Company receiving the European-African Middle Eastern Ribbon, Good Conduct, and Victory Medals. He was married to Dorothy Ortiz. They had three children, Richard, Gene, and Susan. They later divorced. Mr. Rodarte was of the Catholic faith and a member of the Riverton V.F.W. He managed gas stations for 17 years, including the Mobile and Union 76 stations. His family said Mr. Rodarte's hobbies included fishing. Mr. Rodarte came to Riverton in 1946 and lived here until 1976, moving to New Mexico and returning to Riverton in 1991. He is survived by his son, Richard of Albuquerque, N.M.; sisters, Helen Vigil and Bea Martinez, both of Riverton; five grandsons, and one granddaughter. He was preceded in death by his parents; daughter, Susan Harless; son, Gene Rodarte; brother, Mike Rodarte, and former wife, Dorothy Rodarte. On-line obituaries are available and condolences for the family may be made at: thedavisfuneralhome.com Arrangements are under the direction of the Davis Funeral Home of Riverton.