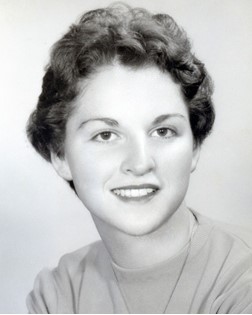 Guestbook 3
Nancy “Judy” Hurt, 72, of Shoshoni, died at her home on Tuesday, May 20, 2014. A memorial service will be held at 2:30 pm on Thursday, May 22, 2014, at the Shoshoni Community Presbyterian Church in Shoshoni. A private graveside service precede at the Lake View Cemetery in Shoshoni.

Nancy Judith Hart was born in Thermopolis, WY on November 17, 1941, to Lester Lloyd and Hulda Inez (Lawrence) Hart. She was one of nine children and grew up in and around the Thermopolis area. She graduated High School from Sandpoint, ID.

After her marriage to Harry, they lived in many towns in the Western United States. They lived in Casper many years before settling in Shoshoni 12 years ago. While raising her children she worked as a teacher’s aide at Arapahoe School. When she was in Casper, she was a realtor. She was also a Foster Parent for many years, being a mother to over a 100 children.

She was involved in the Shoshoni Community Presbyterian Church providing refreshments for fellowship, as an Elder, and was a past Church Treasurer. She believed strongly in the St. Jude’s of Montana, and always donated to it.

She was preceded in death by her parents, Lloyd and Inez Hart; her husband, Rev. Dr. Harold Hurt; her adopted daughter, Karla Jenkins; her brother, Kevin Hart; her sister, Billie Shoopman; and infant sister, Shirley.

Memorials may be made to the Shoshoni Community Presbyterian Church in care of Davis Funeral Home, 2203 West Main Street, Riverton, WY 82501.