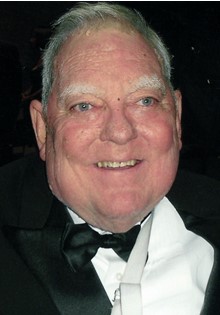 Michael Moran Widmayer was born on March 8, 1941 in Clinton, IA to Michael Widmayer, Sr. and Charlotte (Moran) Widmayer. He spent his childhood in Clinton, IA, graduating high school there. He then attended Friends University in Wichita, KS where he earned his B.A. in Bible History and a minor in Philosophy. He served in the U.S. Air Force and was honorably discharged.

On June 19, 1971 he married Nor Virginia Bray in San Antonio, TX. They had one daughter, Michelle.

He was an active member of both the Lighthouse Bible Church and the First Baptist Church. He was a Sunday school teacher and also participated in the music programs.

From 1976 to 1978, he owned and operated a “Travel Camp” program. He took kids to five National Parks; they visited Grand Canyon, Mesa Verde, Teton, Yellowstone, and Yosemite. After that adventure he moved to Riverton in 1978 where he worked for the school system and had his own business, Widmayer Painting. He also taught music lessons out of his home, mostly guitar, until 2013.

His family said that he enjoyed music, leatherwork, putting together model airplanes, working on the pilot simulator on the computer towards his pilot license, camping, backpacking and riding his motor scooter.

He was an active member of the Christian Motorcycles Association. He traveled to Sturgis in 1997, where he passed out bottled water, with the association.

He loved martial arts and teaching Kenpo Karate in the Dojo he ran. He taught from 1982 to 1988 and then again in 2010. During some of that time frame he was in a wheelchair but still taught and earned the respect of his students. In 2010 he was inducted into the National Martial Arts Hall of Fame, an honor he was very proud of.

He is survived by his wife Virginia of the family home and his daughter, Michelle Widmayer of Riverton.

He was preceded in death by his mother, Charlotte in 1971, his father, Michael, Sr. and his grandparents, Raymond and Charlotte Moran

Memorial may be made to the National Lung Association in care of Davis Funeral Home, 2202 West Main Street, Riverton, WY.