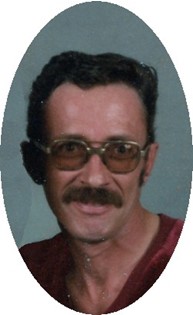 Guestbook 4
Dennis Zoller, 67, of Riverton, died on Friday, June 6, 2014, at Sage West Healthcare- Riverton. A memorial gathering will be held on Tuesday, June 10, 2014, from 6:00 pm to 8:00 pm at the Riverton Elks. This gathering will be a carry in dinner and a time of sharing. If you wish to bring a covered dish, the family would appreciate it. Inurnment will take place at Oregon Trail State Veterans Cemetery in Evansville, WY at a later date.

Dennis Leroy Zoller was born on July 25, 1946 in Longmont, CO to Willar Leroy and Darlene Elva (Winston) Zoller. He moved to Riverton in 1960 and had lived here until his passing.

He was a truck driver for different oil field companies, some of which were Haliburton and Dowell, he also drove for the Riverton Senior Center and Gator Taxi, and was a crossing guard for School District 25.

His family said that he enjoyed spending time at the Trailhead and visiting with friends.

He was preceded in death by his parents, Willard Zoller and Darlene Buchanan; his brother, Clifford Buchanan; his nephew, Michael Winkle and his ex-wife, RoBlane Zoller.