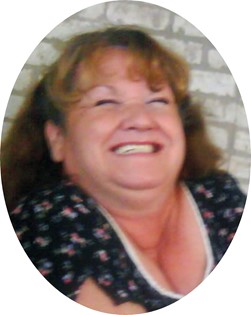 Shawn Marie Graves was born on October 4, 1958 in Douglas, WY to Captain William B and Ada Ruth (Oglesbee) Graves. She was one of three children.

Her family said that she enjoyed music, dancing, learning new things, plants and being around children. Her biggest enjoyment in life was her children and grandchildren.

She is survived by her husband Kirk Warren, of the family home; her children, April E. Strom of Riverton and Ryan B. Strom of Kuna, ID; her mother, RG Graves of Riverton;her grandmother, Gerogia Graves of Douglas; her brother, Marc Graves of Aurora, CO; her sister, Rhonda Graves McLean of Riverton; her grandchildren, Evangelina Fenton, Anna-Marie Fenton, Samantha Fenton, Nicholas Fenton, and her soon to be born grandson, Scott William Bennett; her great grandson, Silas Hunter; numerous aunts, cousins, nieces and nephews; and her beloved dog, Zoie.

She was preceded in death by her father, Captain William B. Graves.