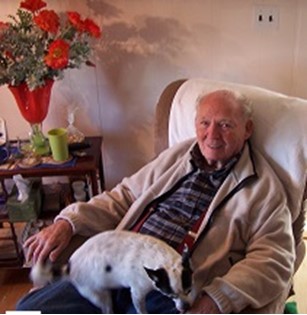 A private service will be held.

Cliff was born on June 6, 1930 in Charleston, West Virginia to William and Ethel Carnes. After graduating from high school, Cliff served in the U.S. Air Force and then worked in the aerospace industry for many years. He was instrumental in launching the first Pershing Missle test at Cape Canaveral, Florida. Cliff loved his work and it took him across the country in 1979 to Hercules Aerospace in Utah and later to California and Texas. He retired from Lockheed in 1992 with 40 years of service.

Cliff enjoyed working with computers, discussing politics and relaxing with his dogs. After retirement he spent several years traveling and eventually moved to Pavillion, Wyoming with his wife Dixie Carnes. Cliff was a member of The Church of Jesus Christ of Latter-Day Saints.