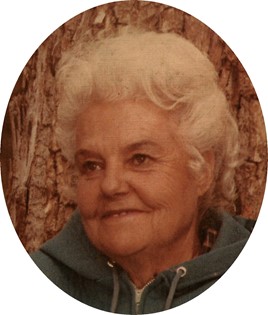 Margaret Ada Robinson was born on December 10, 1915 in Beaver, UT to James Ether and Bertha Artillus (Peterson) Robinson. She was one of 21 children and the only surviving one until her death. She grew up in Beaver and graduated from Beaver High School.

She was baptized in The Church of Jesus Christ of Latter Day Saints. While in Kimberly, NV she was a Primary Teacher with the church.

After Beaver, UT, she lived in Boulder City, NV, Ely, NV, Kimberly, NV, Copper Canyon, NV, Springville, UT and Portland, OR. She had lived in the Riverton and Arapahoe area for the last 56 years.

While married to her first husband, they owned and operated a “sweet shop” in Beaver, UT and she was also the co-owner of “Covered Wagon Café” in Ely, NV. She was a full time homemaker but at the same time worked part time at various restaurants and drug stores.

Ada loved to go fishing with her family, babysitting her grandchildren, and hosting family gatherings. Ada played the piano and enjoyed singing to her grandchildren. She liked to paint, especially flowers and nature scenes. She also enjoyed visiting the casinos in Mesquite, Nevada and Deadwood, South Dakota.

She is preceded in death by her parents, her 20 siblings, her 3 husbands, her daughter, Callean Jean Standridge, and her grandson, Michael Joseph Zerga.

Memorials may be made to Westward Heights Activity Center or Help for Health Hospice in care of Davis Funeral Home, 2203 West Main Street, Riverton, WY 82501.