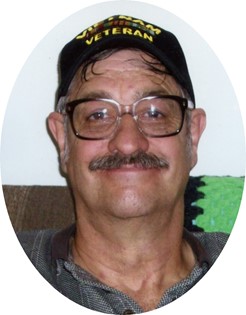 Robert Groathouse was born on August 17, 1947 in Lander, WY to Vernon Orval and Hilda (Haun) Groathouse. He was one of three children. As a child he lived in Pavillion and then Lander, before moving to Laramie. He graduated from Laramie Senior High School. He did take college courses at Central Wyoming College.

After his high school graduation, he was drafted into the United States Army. He served his country for almost two years, before being injured and receiving the Purple Heart along with various other accommodations and medals. After returning from the war, he worked as a correctional officer at Wyoming State Penitentiary, FMC Trona mine in Green River, a uranium mine in Sweetwater County, for the Forest Service in Jackson, security in Ft. Collins, Co, City Market in Green River, Smiths Food and Drug in Riverton, CES in Riverton and Lander, and finally at Fremont County Weed and Pest, retiring in 2011.

After having lived in many different places, he settled in Riverton approximately nineteen years ago.

His family said that he enjoyed the outdoors, fishing, hiking and camping. He did lapidary work using rock tumbling to make jewelry. He loved spending time with friends and family.

He was preceded in death by his parents Vernon O. and Hilda Haun Groathouse.