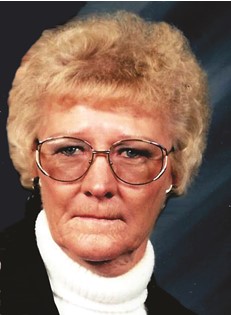 Bonnie Bell Rohn was born in Worland, WY on December 15, 1936 to Arthur and Lydia (Winemaster) Rohn. When Bonnie was young, the family moved to the Ocean Lake area. Her father came to help build the Bull Lake Dam and homesteaded 80 acres at Ocean Lake. This is where she grew up along with her older brother and two younger sisters. She was a 1954 graduate of Pavillion High School.

On January 14, 1954 she married Robert Dean Hill in Kinnear at the Lutheran Church. Together they continued living in the Riverton area and raised two children, Robert Dean Jr. and Rhonda Jean. During this time of raising her children she also worked as a bus driver for School District 25 for 20 years, retiring in 1989.

After retirement, the couple had wintered in Casa Grande, AZ for 12 years. They enjoyed their retirement participating in shuffleboard, carry-in-dinners, working on jig saw puzzles, playing card games and bingo. When they returned to Wyoming in the summer she enjoyed camping and fishing. She was an avid reader and a member of the Trinity Lutheran Church.