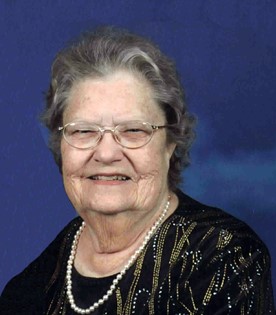 Guestbook 2
Mary Elizabeth Huenefeld, 84, of Riverton Wyoming, went to be with the Lord the morning of June 30th, 2014 at Providence hospital in Everett, Washington.

She was born to John and Edna Mann on April 18th 1930 in Wellington Mo. the youngest of four children. After graduating from high school, as valedictorian, she attended the University of Kansas, where she graduated with a degree in mathematics (with honors from the mortarboard society) in 1952. Mary then went to work for Phillips Petroleum Company in Bartlesville OK, where she met and married Ray Samuel Huenefeld June 12th, 1954 in the First Methodist church in Bartlesville OK. They were the first couple to get married in that new church building. Their family grew to include six children as they lived together in Texas, Idaho, and Oklahoma before settling in Riverton Wyoming in 1969.

Mary made good use of her education and skills, managing a household of eight while working and making friends in several Riverton area businesses. Mary looked for the good in everyone and tried to bring out their best. She retired in 1992 in order to travel with her husband to see all the extended family. In June of 2014 Ray and Mary celebrated their 60th wedding anniversary.

Mary is survived by her entire family. She was preceded in death only by her parents. This much loved family includes her husband Ray S. Huenefeld of Riverton Wyoming, her three siblings; John A. Mann of Manhattan KS, Robert W. Mann of Lenexa KS, and Carol M. Stroud of Eugene OR, and her six children; Amy Phillips of Sedro Woolley WA, Bruce Huenefeld of Pueblo CO, John Huenefeld of Marysville WA, Nancy Adams of Thornton CO, Linda Adams of Riverton WY, and Janice Cotton of Everett WA. She is also survived by fifteen grandchildren and four great grandchildren. With every additional family member added, her heart grew also. She was very proud of all her grandchildren and great grandchildren.