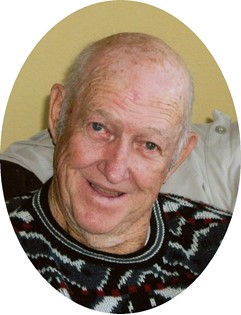 Norman Newton Davis was born on August 8, 1928 in Mt. Harris, CO to Don Deane and Flora Nittie (Sparrow) Davis. He was the only son out of three children. In 1930 the family moved to Fremont County. He attended schools in Riverton, graduating from Riverton High School. He lived his entire live in the Riverton area.

On October 12, 1946 he married Estella “Maxine” Brown in Riverton at the Presbyterian Church. They raised two children, Bill and Shirley. They celebrated 57 years together before Maxine passed on November 22, 2003.

He worked for Day’s Conoco before starting his own station, Norm’s Conoco which he operated until he started Prairie Gems. He finally retired when he was 84.

His family said that he loved to go hunting and fishing and loved being in the outdoors. He loved to hunt for gems and minerals and had many good finds. He belonged to the Riverton Gem and Mineral Association.

He was preceded in death by his parents, Don and Flora Davis; his wife, Maxine Davis; and a grandson.