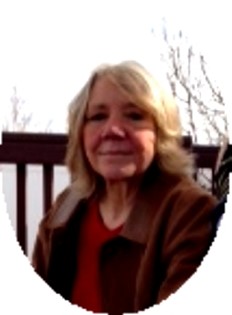 Guestbook 5
Gayle C. Gamber, 61, of Lander, WY died at her home on Sunday, July 13, 2014 after a long, brave battle with cancer. Cremation has taken place and a private family service will be held at a later date. Gayle Corinne Gamber was born in Hot Springs, SD on November 26, 1952, to William and Ruth (Stratton) Gamber. She was one of four girls. She grew up and graduated from High School in New Castle, WY. She lived in Cheyenne for many years while raising her family and managing her mother's business, Cheyenne Telephone Answering Service. She moved to Lander eight years ago where she made many friends. Her family said that she enjoyed sewing, baking and cooking for the masses, quilting, embroidering, reading, and had an amazing love for animals. Of those greatful for having shared in her life are her three children; Tamara Holpuch (Jeff) of Windsor, CO, Nancy Claussen of Sioux Falls, SD and William Gay of Kent, CT; her step daughter, Nikki Ervin (Paul) of Ft. Worth, TX; her step son, Chris L. Cazier of Worland, WY; 11 grandchildren and her sisters, Georgia Nelson (Kurt) of Houston, TX, Glenda Gibson (James) of Dowagiac, MI and Gena Moore of Dowagiac, MI. Her long time childhood friend, Cathi Johnson (Phifer); and special friend Bill Nelson and his family. She was preceded in death by her parents, William Gamber and Ruth Booth (Stratton) and her beloved pets, Farley and Thomas. On-line condolence for the family may be made at www.TheDavisFuneralHome.com. Any cards or letters of condolence may also be sent to The Gayle Gamber Family %Tammy Holpuch at 325 Telluride Dr, Windsor, CO 80550. Services are under the direction of Davis Funeral Home.