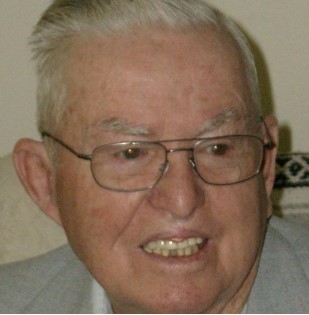 D.W. was born in Wellston, Ohio on October 1, 1922, the oldest son of David Wesley Harry, Sr. and Lucille (Davis) Harry. He graduated from Clay City Community High School with the Class of 1940 receiving awards for penmanship and accounting. After high school, he traveled daily from Clay City to Olney where he worked as a general clerk/ delivery boy at a grocery store. On one of his deliveries of groceries to a local family, he met a young lady from Oklahoma of whom he would later marry.

On November 2, 1942, in Chicago, Illinois, D. W. enlisted in the United States Marine Corp. That same year he graduated boot camp with the 1026th Platoon in San Diego, Ca. He was stationed for a short time at Marine Corps Air Station in El Centro, California. Technical Sgt. Harry received specialized training in: Aviation Machine Mate at Memphis, TN.; Aerial Gunner at Purcell, OK; Combat Air crewman at Cherry Point, NC. His specialties were that of Mechanic Gunner, Mechanic Turret Gunner and Mechanic Air. During his time in the Marines, he flew with the Bombing Squadron VMB 443 in a PBJ Mitchell B25 and operated the top turret gun. Squadron VMB 443 flew missions in the Bismark Archipelago area, concentrating on the areas of Emirau and Rabaul.

The young lady that he met while delivering groceries years earlier was Annabett J. Whitten and on March 27, 1943 they were married at the Peabody Hotel in Memphis, TN. During more than 64 years together, they lived in numerous states but finally called Wyoming "home". D. W. worked numerous jobs in various states in the oil and gas fields. He retired from Montana Dakota Utilities (MDU) a subsidiary of the Williston Basin Interstate Pipeline.

His family said that D. W. enjoyed writing poetry, hunting, fishing, boating, camping, horses and his specialty "tinker-ritis". He also had a love for listening to old time music and traveling. His dream was to become a "professional tourist" in his senior years. He was a member of the Independent Order of Odd Fellows, the Masons, Veterans Association, and the Friday - Traun Marine Corp League, Detachment #683.

While living at New Horizons, he kept staff and residents entertained with his yodeling. It was there that he met an EMT by the name of Todd Nunn who befriended D. W. They developed a special friendship, were always talking about flying and on Tuesday, October 5, 2010 a dream came true for D. W. In celebration of his 88 th birthday, he was able to take flight in a vintage 1947 Aeronca L-16A Champion airplane courtesy of Lovell pilot Todd Nunn.

On Tuesday, July 3, 2012, D. W. had another dream realized when Jack and Diane Martin of the Cody Patriots arranged for Veterans to fly in "Grumpy" a B-25 from the World War II era. So during the Cody Stampede festivities and in early celebration of his 90th birthday, D. W. took to the skies once again.

He was preceded in death by his loving wife of 64+ years, Annabett; parents, David and Lucille Harry, Sr., and granddaughter Shannon Harry.

On line obituaries are available and condolences for the family may be made at the davisfuneralhome.com.