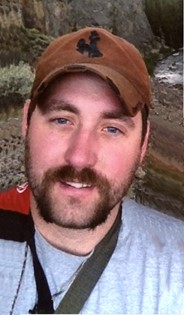 Guestbook 13
Jeffrey Douglas (Pigg) Novotny died Wed, July 23, 2014 in North Dakota in a two vehicle accident. Funeral services are Wednesday, July 30, at 10:00 a.m. at the Methodist Church, 1116 West Park Ave. Jeff was born May 30, 1985 to Nancy and Doug Novotny in Riverton, WY. He attended school in Riverton and graduated in 2003 from Riverton High School. He graduated from Wyoming Technical Institute.

Jeff began work cutting hay for CC& T Trucking, he then began earthwork construction for Star Trucking, Three Sons, Inc. and E.F. Oftedal & Sons. Jeff went on to pursue his career in the oilfields which he loved. He started for Brandt National Oil Well and Zimmerman Equipment as a Fluids Processor. He advanced to a Measurement While Driller and Well Planner for Quantum Drilling, proceeding to Directional Driller for Quantum; Halliburton and Weatherford, whom he has worked for the last five years. Jeff was one of the three top senior drillers for Weatherford International. His wealth of knowledge about drilling was requested by many and he was used as a consultant throughout the region.

Life for Jeff was all about hunting and fishing. He enjoyed sharing his outdoor adventures with his dad, whom they considered each other their best buddy. Jeff obtained a Boone and Crocket record antelope from the Shoshoni area. This last year he was very successful bagging a black bear, mountain lion, bobcat and large elk.

Jeff rode a motorcycle or four wheeler before he could enter school. He was always looking for something to give him a bigger, better or faster ride. He was very knowledgeable of vehicles and big boy toys and had a vast knowledge of all the new vehicles or ATV’s coming out.

He loved to joke and laugh and was very generous sharing a cool one with his friends. Jeff lived his short life to the fullest trying to accomplish as much as he could in the time he thought he had on this earth.

He is preceded in death by his grandparents William and Beulah Novotny, and Lonnie Pigg; uncles Ed and Fred Novotny and Jim Pigg and cousin Michelle Wempen.

In lieu of flowers, donations may be made to the Rocky Mountain Elk Foundation.

Jeff would want you to wear your casual attire to the funeral.

Funeral services under the direction of Davis Funeral Home.