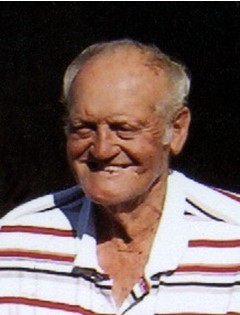 Guestbook 1
Memorial services will be held in the summer of 2008 for Stanley R. "Stan" Miller of Glendo who died Wednesday afternoon, Feb. 6, 2008, at Morning Star Care Center at Fort Washakie. He was 76 years old. According to his wishes, cremation has taken place. Stanley Richard Miller was born on Jan. 8, 1932, in Coulsa, Calif., the son of Willard Cleo Miller and Elsie May (Barnes) Miller. He grew up on the coast of Northern California, primarily in the Napa Valley area. Mr. Miller was a military veteran of the Korean War and member of the Boilermakers Union . He moved to Wyoming in 1970, living for more than 20 years in the Orin Junction area and then in Lander since January. He had worked for Baysalt, Kaiser Steel, and was an insurance salesman. Mr. Miller was also a member of the American Legion, Sons of the Golden West, and Moose Lodge. On June 9, 1956, he married Undine Jessie "Dyanne" Comber in Oakland, Calif. His family said Mr. Miller enjoyed flying, hot air ballooning, fishing, golfing, was a softball pitcher, and enjoyed his family, his dog Cricket, rock hounding, and studying religion. Survivors include his wife, Dyanne of Lander; daughters, Tracy Miller of Glendo, Trina Morris and husband Andy of Leadville, Colo., Trisha Gulley and husband Bill of Richland, Wash., and Sabrine Tralee Mace of Lander; two grandchildren, Vanessa and Rozlynn Morris; a great granddaughter, Nadine Velasquez; sisters, Gail Wedgeworth and husband John of Buckeye, Ariz., and Patsy Rashe and husband Ave of Burney, Calif.; his mother, Elsie Miller of Burney. He was preceded in death by his father, Willard; brothers, Scotty and Fred, and sister, Nadine. On-line obituaries are available and condolences for the family may be made at: thedavisfuneralhome.com Arrangements are under the direction of the Davis Funeral Home of Riverton.