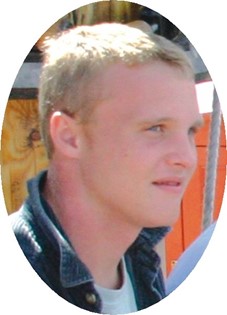 Justin Philip Steele was born on February 2, 1988 in Gloucester, MA to Donald and Judith (Minturn) Steele. He grew up and attended schools in Gloucester, MA and Front Royal, VA. He came to Riverton around 2007 from VA. He attained his G.E.D. through CWC.

His family said that he enjoyed being outdoors, boating, snowboarding, fishing, and playing darts. He loved the ocean and spending time with his family and friends. He was an athlete, playing football, soccer, hockey, and tennis. He excelled at all sports that he participated in. One of the best times of his life was sailing with the crew of the Fame Schooner with his father in Gloucester and being a mate with a deep-sea fishing boat also out of Gloucester.

He is survived by his mother, Judith Rowles and her husband Ed, of Pavillion; his father, Donald Steele of Gloucester, MA; his sister, Emily Brown and her spouse, Dodi Carpenter of Pavillion; his nieces and nephews, Justice, Gabriella, Kyjah, Sophia and Jax; his grandparents, Roberta Carr of Gaithersburg, MD, Bradshaw and Lynda Minturn of Hendersonville, NC; his aunts and uncles, Bill and Carolyn Minturn, Peter and Robin Minturn, Linda and Frank Driscoll, Lisa and Phil Puma, Bonnie Bedell and Scott Steele;his grilfriend, Sara Witt; and numerous cousins.

He was preceded in death by his paternal grandparents, Donald and Betty Steele and his sister, Alicia Steele.

On-line condolences for the family may be made at www. theDavisFuneralHome.com.