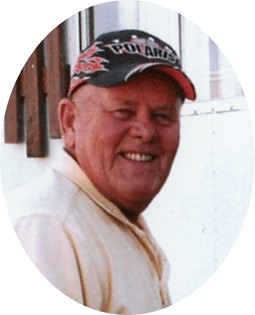 Charles Ray McCoy was born on July 4, 1947 in Eaton, CO to Dale and Lou (Crowley) McCoy. He was one of five children. The family moved to WY when he was 6 months old. They lived in Thermopolis and Worland during his early childhood then moved to Riverton. He graduated with the Riverton High School class of 1965.

He worked many years at Lucky Mc Mines as a mechanic and with Well Tech as a welder. He then worked for 23 years for the City of Riverton as Head of the Water District. He retired in 2004 due to illness.

His family said that he enjoyed hunting deer and elk, fishing, four wheeling, and loved spending time with his kids and grandkids.

He was preceded in death by his parents, Dale and Lou McCoy.

Memorials may be made to the Fremont County Veterans Memorial in care of Davis Funeral Home, 2203 West Main Street, Riverton, WY 82501.

On-line condolence may be made to the family at www.thedavisfuneralhome.com