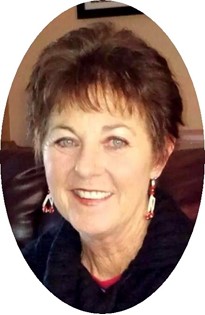 Guestbook 8
Linda Jarrard, 65, passed on August 16, 2014 at her home in Riverton, WY, after a hard fought battle with cancer.

She was born July 19, 1949 in Casper WY. She was the daughter of Stan and Harriet Sanford

Linda graduated from Natrona County High School in 1967. June 15, 1970 she married Frank Irvine, they ranched and lived in Alcova. Two children were born of this union, Tammy Irvine Trollinger and Nancy Irvine. They later divorced. In 1984 she married Tom Jarrard, where they lived, farmed, and ranched in Fremont Co.

Linda enjoyed training horses, barrel racing, and encouraging the up and coming barrel racers and her grand children, she was even a jockey in her younger days. She also loved quilting, home shopping, and was avidly against noxious weeds. Linda so loved competing to win prizes, she was notorious for her ability to keep track of her and everyone else’s points, times, and standings. Linda was a life long competitor in the sport of rodeo, a few achievement she was most proud of were: 1967 WHSRA Rodeo Queen, winning the 1979 NARC Finals, 1978 and 1979 WRA Finals, and numerous futurity and derby wins. She was involved in the NWBRA and NBHA. Linda continued to compete up until September 2013 at the State NBHA Finals.

She was proceeded in death by her parents Stan and Harriet Sanford and her sister Sandy Hunter.

Services will be at the Fremont Co. Fairgrounds at 3:00 pm August 21, 2014 with a reception following at the Holiday Inn.