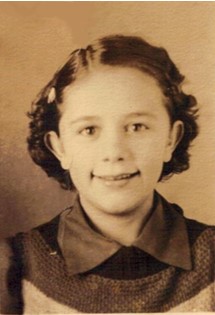 Guestbook 2
Rosalie Baker, 87, of Pavillion, died on Tuesday, August 19, 2014, at Westward Heights Nursing Home in Lander. A memorial service will be held on Saturday, August 23, 2014, at 2:00 p.m. at the Trinity Episcopal Church in Lander.

Rosalie McKittrick was born on December 23, 1926 in Wonsevu, KS to Howard Duquesne and Helen Lucille (Keister) McKittrick. She was one of five girls. She grew up in Kansas, graduating from Cedar Point High School, in Cedar Point, KS, with the class of 1944.

On December 7, 1945, in Emporia, KS, she married Harmon H. Baker. They had one son, Larry Baker. In 1951, they moved to Wyoming and settled in the Morton-Kinnear area.

She went to work as a cook at the Morton High School in the early 1960’s and retired after 35 years from Wind River High School. She met many children over the years, and was remembered as one of the wonderful cooks. She and Ferne Watson were known to always take good care of the students and staff.

Her family said that she loved being in the mountains, fishing, taking care of her yard and most of all spending time with her family.

She is survived by her son, Larry Baker and his wife Patti Jo of Pavillion, WY; her grand daughters, Robyn Baker of Lander, WY and Tania Baker of Riverton, WY; her great grandchildren, Lily Swanson and Sofia Swanson of Lander, WY and Bailey Myers of Riverton, WY and Jayden Myers of Van Nuys, CA; her sisters, Sharon Taylor and her husband, Dave of Wichita, KS, Dolly Byram and her husband, Archie of Emporia, KS, and Wally Waldmeier of Newton, KS; as well as nephews Howard and Gary Byram and her nephew, Bruce Overholt, of Riverton, WY.

She was preceded in death by her parents, Howard and Helen McKittrick; her husband, Harmon Baker; and her sister, Betty Woodard.

Memorials may be made to the Alzheimer’s Association in care of the Davis Funeral Home, 2203 W. Main Street, Riverton, WY 82501.