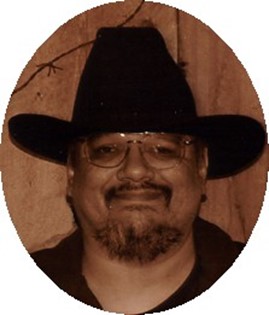 Funeral services for Ben Jerome Warren, Sr., 48, will be held Monday, August 25, 2014 at St. Stephens Catholic Church with Father Phil Wagner officiating. Interment will follow at John Warren Family Cemetery. A Rosary will be recited 7:00 p.m., Sunday, August 24, 2014 at the family home, 1125 17 Mile Road with a wake to follow.

Ben worked in security at the Araphoe School, Arapahoe Housing and other tribal sponsored events. He also worked as a teacher’s aide at Sunrise School for 10 years, was a Chairman of the General Council and worked as a Fremont County Election Judge.

His family said that Ben enjoyed reading, watching movies, going to the Casino, and Tribal Politics. He lived on the Wind River Reservation his entire life except for the time he served in the United States Navy.