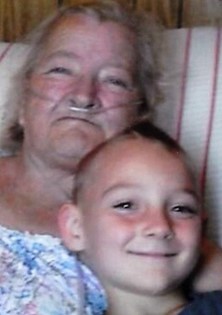 Guestbook 1
Dorothy Sherman, 65, of Riverton, died at her home on Wednesday, August 6, 2014. Cremation has taken place and the family will hold a Celebration of Life at a later date.

Dorothy Ann Benner was born on November 4, 1948 in Corpus Christy, TX to William and Lola (Curtis) Benner. She was the second child of sixteen.

On May 26, 1967 in Grays Harbor, WA she married Steven LeRoy Sherman. Together they raised three children.

In February 2010 she moved from Long View, WA to Riverton, WY.

While in Washington she worked in the quality control for Foster Farms. She was also a C.N.A. providing individual care.

She was preceded in death by her parents, William and Lola Benner and her husband, Steven Sherman on May 17, 2011.