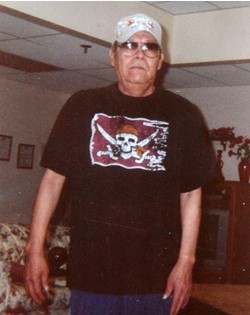 Mervin L. Bushyhead was born on December 17, 1951 in Riverton, WY to James Joseph and Theresa (Goodman) Bushyhead. He spent his entire life on the Wind River Reservation.

He was a member of St. Stephen’s Catholic Church.

His family said he enjoyed playing Bingo, watching T.V., going to the movies, and hanging out with family.