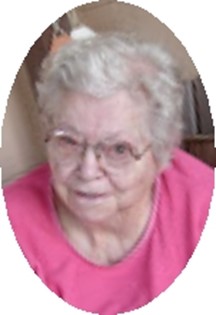 Dorothy L. Lebsock was born in Casper, WY to Fred and Ora L. (Suttle) Lebsock. She was one of three girls. She attended school in Casper, graduating from Natrona High School.

She was baptized into the Catholic Faith and was a faithful member of the church.

She and her husband owned and operated Wingert Electric until they both retired.

She was a member of the American Legion Auxiliary, the V.F.W. Auxilary, the Navy Mothers Club, and the F.O.E. (Eagles) auxiliary.

She was preceded in death by her husband, Earl L. Wingert; her parents, Fred and Ora Lebsock; her sisters, Helen Coleman and Betty Coleman; and her great grandson, Jacob Wingert.

Memorials may be made to the Special Olympics of Wyoming in care of the Davis Funeral Home, 2203 W. Main Street, Riverton, WY 82501.