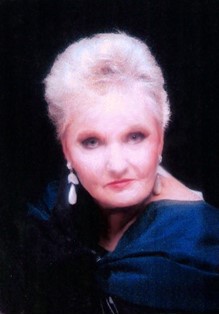 Guestbook 1
Toy Forshee, 78, of Riverton, died on Monday, September 1, 2014, at the Wyoming Medical Center in Capser. Graveside services will be held on Friday, September 5, 2014, at Mountain View Cemetery at 2:00 pm. Bishop Tom Mills will officiate.

Toy G. Goldrick was born on July 15, 1936 in Salt Lake City, UT to John D. and Hester Alta (Mulvey) Goldrick. She grew up in Salt Lake City and earned her Master’s in Education from Brigham Young University.

On June 3, 1957 she married Loy C. Forshee at the Salt Lake City Temple. Together they raised four children. The family lived in many different areas while Mr. Forshee was in the U.S. Coast Guard. They eventually returned to Salt Lake City where both taught school and retired. Fifteen years ago they moved to Riverton to be closer to family.

Mrs. Forshee was baptized at the age of eight into the Church of Jesus Christ of Latter-day Saints. She was an active member of the church, holding the position of Relief Society President, was a Sunday School teacher and Seminary teacher. She and her husband were home missionaries in Wyoming and Montana.

Her family said that she enjoyed gardening, genealogy, and making picture mosaics with sand.

She was preceded in death by her parents, John and Hester Goldrick.