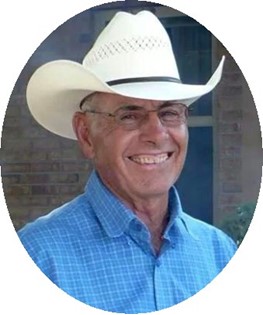 Guestbook 10
Funeral services for Don Marvin “Marv” Pulham, 80, who died September 6, 2014 at Help for Health Hospice Home in Riverton, will be held 10:30 a.m., Wednesday, September 10th at the United Methodist Church with Pastor Mark Rader officiating. Cremation will follow services. A viewing will be held from Tuesday, September 9th from 5:00 until 6:00 p.m. at Davis Funeral Home. Memorial contributions to the Help for Health Hospice Home in care of Davis Funeral Home would be appreciated. A memorial graveside service will be held at a later date in the Lehi City Cemetery in Lehi, Utah.

Marv was born December 25, 1933, in McKinnon, Wyoming, son of Montigue A. and Florence (Davis) Pulham.

He attended schools in Lehi, Utah where he played football, basketball and track until he graduated from Lehi High School in 1953. He was proud of the fact that he held the track record at the school for many years.

Marv married Donna Thompson at the United Methodist Church in Riverton in 2014.

Along with his brother, he started a painting business in Lehi, Utah in the 1950’s and continued until his retirement. Marv loved team roping and spending time in the outdoors especially hunting, going on horse pack trips and even took a couple of fishing trips to Alaska. He was a member of the North American Rodeo Commission, Rocky Mtn Rodeo Assoc., United States Team Roping Championship and the World Series of Team Roping.

Marv was also a member of the Church of Jesus Christ of Latter-day Saints.

He was preceded in death by his parents, infant daughter, Andra Pulham, numerous brothers and sisters, grandson, Tyson Allen and his first wife.