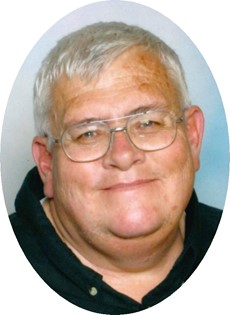 Guestbook 22
William “Bill” Michael Ferris, 64, of Riverton, Wyoming, passed away peacefully surrounded by family on September 6, 2014, at the Wyoming Medical Center in Casper, Wyoming. He fought a short and courageous battle with a malignant brain tumor. A memorial service will be held on Thursday, September 11, 2014 at 1:00 PM at the LDS Church, 430 Elizabeth Drive, Riverton, Wyoming. A gravesite dedication will follow the service at the Mountain View Cemetery.

Bill was born July 8, 1950 in Butte, Silverbow County, Montana to Frank and Elizabeth Ferris. He was the fourth child, having three older sisters, Yvonne, Vivian and Fran.

Bill attended St. Joseph’s School for elementary school and graduated from Butte High School with the class of 1969.

Bill was a member of the LDS faith. He trusted in the Lord even through the most difficult days of his life.

He married Barbara M. Stoddard on November 3, 1978 in the Butte, Montana. On April 19, 1980, he was sealed to her in the Idaho Falls LDS Temple. They had four daughters; Elizabeth, Emily, Afton, and Torrey.

Two of Bill’s passions in life were his family and his truck. His family always came first. By profession, Bill was a long haul truck driver. This allowed him to visit family wherever they were. With the advent of cell phones, Bill talked at length with family members. All fondly remember his long conversations. His driving took him to the lower forty-eight states and into Canada. He loved driving into Canada. Bill made friends wherever he was.

He was preceded in death by his parents, Frank and Elizabeth Ferris and his sister, Yvonne Sundberg of Butte, Montana.