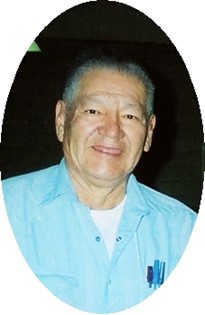 John Baptist Addison died on Sept. 4, 2014 at Wyoming Medical Center in Casper, Wyoming. John was born on Feb. 6, 1948 to John B. Oldman and Pearl Friday in Watonga, Oklahoma. Burdick and Susie Addison later adopted him. John attended school at St. Stephens and Arapahoe Schools. Attended college at The Institute of American Indian Arts, and The College of Santa Fe. He spent most of his life on the Wind River Reservation, and also lived in Santa Fe, NewMexico and Oklahoma. He married Celina Marie Vigil on Feb. 14, 1976 in Santa Fe, N.M. He was a member of the Native American Church, the Eagle Drum Group, and was a Native American Artist. He enjoyed beading, photography, singing, pow-wows, artist painting, drawing, fan making, dancing outfits, and spending time with his family and friends.