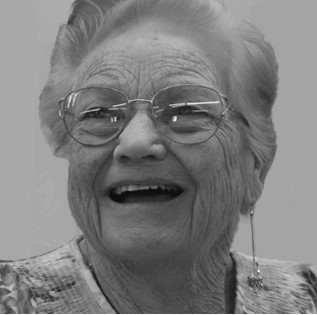 Guestbook 6
Donna Gilbert, 77, of Riverton, died at her home on Tuesday, September 9, 2014. A viewing will be held on Saturday, September 13, 2014 from 11:00 am to 12:30 pm at Davis Funeral Home. A graveside service will be held following the viewing at 1:00 pm at Mountain View Cemetery with Eastern Star committal rites.

Donna Jean Willoughby was born on August 1, 1937 in Macksville, KS to Charles O. and Nellie (Peters) Willoughby. She was one of three children with brother John and sister Josephine. She grew up in Kansas.

On March 9, 1956 she married Martin Nielson. Together they had four children, Jean, Sally, Susan, and Scott. They moved to Big Piney, WY where they raised their children, they were later divorced. She was a stay at home mother.

On October 18, 1977 she married Guy Gilbert in Alamogordo, NM. They moved to Texas where they lived for 23 years before moving to Riverton, WY in 2000.

She is survived by her husband, Guy Gilbert of Riverton; her daughters, Jean King of Riverton, Sally Wohl of Lander, WY, and Susan Martin of Burleson, TX; her son, Scott Nielson of Hot Springs, SD; her stepdaughters, Wanda Morley of Harlingenton, TX and Carol Phillips of Costa Rica; and her six grandchildren, six step grandchildren and many great grandchildren.

She was preceded in death by her parents, Charles and Nellie Willoughby; her brother, John Willoughby and her sister, Josephine Hayes.